Miss Lola was on the way to the shelter, along with her brother, when we happen to be at the right place at the right time. We wisked brother and sister away to the safety of one of our foster homes. Shortly after getting the two settled, we noticed that Lola had a deformity in each of her paws – similar to club foot. After extensive xrays and consultations with 3 orthepedic specialists, we finally came across one that could help Lola. Dr. Kenneth Bruecker with VMSG in SJC performed the first of two surgeries on Lola. The first surgery was a success and Lola now has a natural extension to her front two paws. When Lola is a little older, she will get the second surgery to correct the back paws, which are worse then the front. Lola also had to undergo surgery to correct both a umbilical and ingunial hernia. This little pup has been through so much in her short life, but the great news is she has found a forever family that is head over heels for her despite her imperfections. Lovebugs has paid $1,800 to date for her corrective surgeries, and is estimated to pay another $1,500 for her second surgery. Please help us by supporting Lola and making a tax donation today towards her medical costs.

> Donate To Help Us Pay For Lola’s Second Surgery! 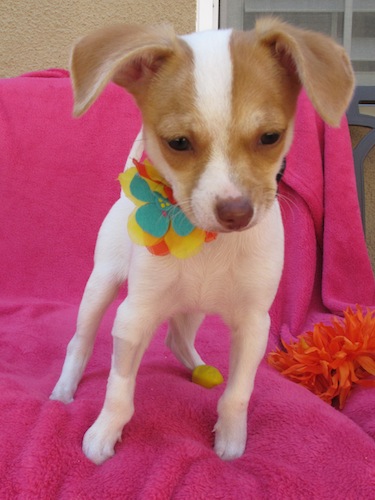 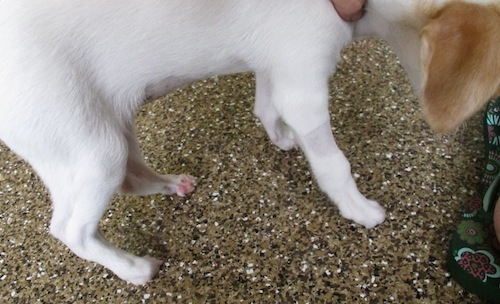 Now Named Lola in Her Forever Home Awaiting Her Next Surgery… 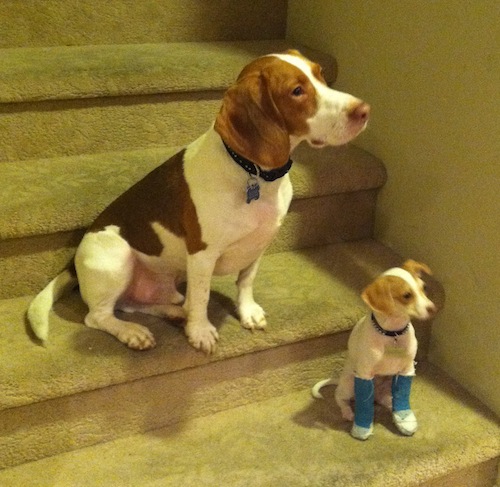 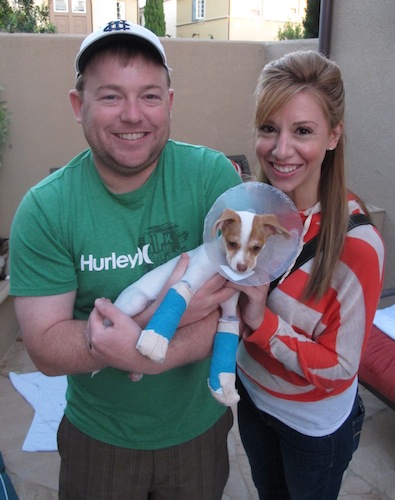 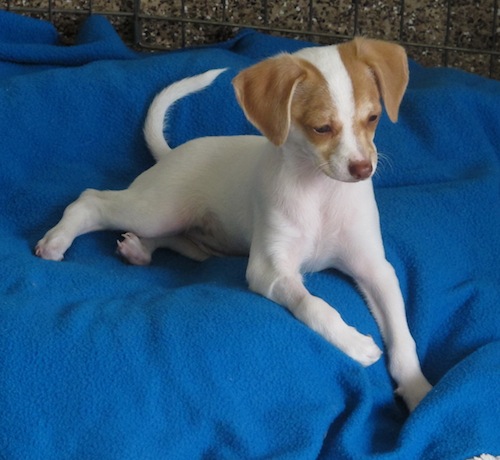